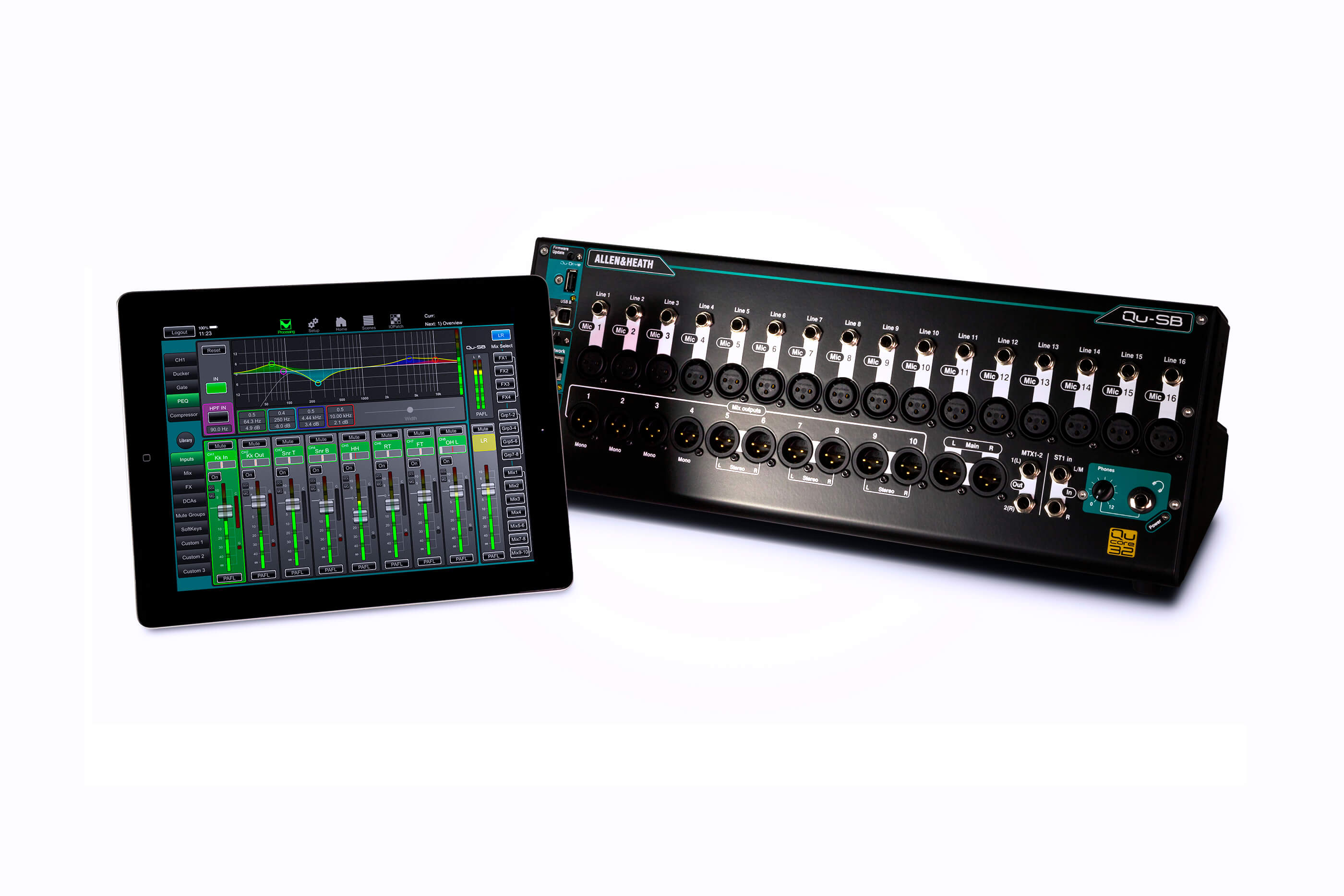 Keyboard artist and songwriter, Rick Wakeman, best known as a member of the classic rock band ‘Yes’, is currently touring with singer Jon Anderson and guitarist Trevor Rabinas in the band ‘ARW’.

Engineer Erik Jordan manages Wakeman’s rig using a complex, custom-designed MIDI system centered on a Sycologic M16 MIDI Patch Bay that acts as a master controller.  As Wakeman performs, he uses a simple keypad to select a Sycologic setting.  Each setting sends specific MIDI commands to Wakeman’s keyboards and to the Qu-32 in a complex dance that prepares his rig for the next song. Jordan notes that Wakeman may change settings on the Sycologic during a song triggering a Qu-32 scene change.

“On any sound source, and for any song,” he says, “we may adjust the Qu-32’s input gain and signal routing, its EQ, gates and compression and three or four different effects.  So it’s critical that the mixer respond quickly and smoothly and the Qu-32 does this very well.”

“The Qu-32’s internal DSP is excellent,” Jordan added.  “So we’ve simplified Rick’s setup by eliminating many external effects.  Overall, the Qu is a phenomenal desk,” he continued, “It’s completely reliable and stunningly powerful.  It feels like mixers that cost ten times more.  It’s highly intuitive as well.  I just turned it on and used it.  The Qu is a major change in Rick’s rig, it’s a joy to use and it’s inspiring me to do more things with the sound.”

Rick Wakeman commented, “The Qu-32 has become an important part of my rig.  It gives me full control of the mix and shapes the sound like one of my instruments.  This desk opens up new possibilities for my music.”